There is a large number of thermal sub systems in a car. With the growing importance and market share of hybrid and electric cars, there is a growing necessity to manage the heat flows in a car efficiently, due to the lower availability of heat in comparison with internal combustion engine cars.

In particular the electrical battery requires thermal conditioning, where one of the main tasks out of automotive perspective is to find a way of keeping the temperature level up to a certain value without using mainly electricity for that purpose. An intelligent thermal energy storage system based on solid sorption could be the solution to this problem.

The need for thermal conditioning of electric car batteries

Batteries normally should be discharged or charged while being in a temperature window of about 20-30°C. When the battery is colder or warmer than the desired temperature window, the lifetime of the energy storage will drop dramatically.

In case of higher temperatures cooling is required. For this purpose the air conditioning may be used, however, the corresponding additional electricity consumption would decrease the driving range.

Very low temperatures of the battery, especially caused by parking outside overnight, are detrimental for the battery performance and lifetime. In the case of a hybrid vehicle, the production of the necessary heat for heating up can be done with the installed combustion engine. But in case of a fully electric vehicle, the only source for heating the battery is the electricity from that same battery, which cannot be tapped.
Due to this, electric vehicles need a smart method of keeping the temperature of the battery on a certain level, which allows the owner to drive also at low outside temperatures even if the vehicle was parked outside all night. Keeping the temperature level up will mean, that as a side effect to the life time improvement, also the range of electric vehicles will be increased measurable.

Within the Tes4seT project, a thermal conditioning system based on a solid sorption thermal energy storage is developed. On one hand, such a system can be charged using heat, allowing to make use of waste heat, available in particular in hybrid vehicles. On the other hand, this system can store heat and cold simultaneously and deliver it on demand to the electric battery. Heat is released from the storage system when vapour is adsorbed, while cold can be produced through the evaporization of water. For this purpose, sorption materials and components will be developed and tested, and a system composed that will be tested in a simulated car environment. Numerical models of heat production in the batteries and heat flows in the storage and heat transfer components will be developed and validated in order to accelerate the design process. 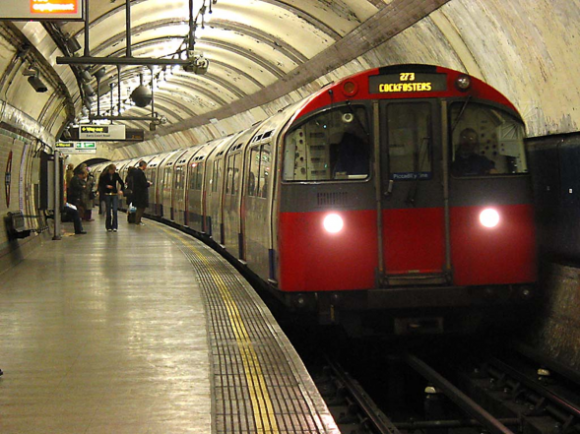 The rising requirements on passenger comfort and the regulation in the railway sector on the one side and the need for cost reduction on the other side are more than demanding criteria for a HVAC system and control engineer. The logical application would be the use of variable speed compressors to meet the comfort demands. Due to the technical constraints such as high variety of electrical supplies (country specific), electrical circuit stability, specific requirements regarding electromagnetic compatibility (EMC), grounding issues etc., the implementation of railway qualified high voltage converters is associated with extremely high non-recurring and recurring costs. A theoretical analysis showed that combination of thermal storage and standard HVAC system (additional weight not taken into account) would significantly reduce the power consumption (up to 40%, dependent on the climate). The project consortium bundles experts for thermal storages, thermodynamic components and control technology engineering. Therefore, it provides optimal premises to start fundamental research work on the above described challenge of improving the part load efficiency of HVAC-systems in railway applications.

Air cycle air conditioning systems work with air as cooling medium and are therefore totally environmentally benign. The air cycle system is by far the air conditioning system that allows to reach the lowest life cycle cost when considering the rail vehicle’s total operation lifetime (about 30 years). The systems are based on the principle of expanding the air through a turbine to bring its temperature down. Desorption of air moisture before entering the turbine would significantly increase the efficiency of the air cycle system due to the following effects: